Google Rating
4.4
Based on 32 reviews

As you no doubt know by now, Big Boys Club is all about indulging in a quality, fun and sexy entertainment to see out life as a bachelor. So we think we have an awful lot in common with Miss Nude Australia. In fact, plenty of past and present winners are among Big Boys Club, Burgers n Babes and Schnitzel n Tits Strippers and Strip tease performers. I bet you can’t wait to find out who!

What is Miss Nude Australia?

Every year, Australia’s best and boldest nude performers and entertainers are judged on their beauty, smile, shape, personality, and femininity – not to mention their ability to turn on a crowd – as they flaunt their sexiness, grace and skills of captivation to grab the country’s top nude honour.

Miss Nude Australia is the ultimate industry title, with the beautiful babe picked out from among the bunch of stunning category winners. 2017 title holder Haylee Adams, for instance, also took out the Hottest Body and Entertainer of the Year categories this year.

Other categories include Most Sensuous, Most Sex Appeal, Best Shower Show, Pole Dance Champion, Best Butt, Hottest New Talent – and many more. The competition’s organisers say whoever is crowned Miss Nude Australia is overall the “most beautiful woman in the competition, who combines the best of all these categories”.

The first Miss Nude Australia was held in 1991. Preliminary contests are held in every Australian state, with the winner and first runner-up then travelling to iconic Adelaide gentleman’s club Crazy Horse Revue for the traditional finale.

Miss World Australia is then eligible to compete for the illustrious title of Miss Nude World – and the beauties of Down Under are always among the favourites and regularly among the winners. 2016 Miss Nude Australia Frankie J Blaze went on to win this year’s prestigious Miss Nude World pageant, and in 2013 Cassandra Jane managed the same sexy feat.

Ready for the most illustrious nude roll-call in Australia?

If Big Boys Club sounds like your bag for a Melbourne bucks party, you might find yourself at Schnitzel n Tits. And if you’re really lucky, those amazing ‘tits’ will belong to Frankie J Blaze – the 2016 Miss Nude Australia winner and 2017 Miss Nude World! Frankie – perhaps the world’s sexiest nude woman – blows away Schnitzel n Tits addicts with her striptease repertoire, featuring stunts, costumes, cheeky surprises, and her unmistakable sexy confidence.

Here is a fun lil video of Frankie…

2015 Miss Nude Australia Isabelle Deltore used her title as the launching pad to not one but two Miss Nude World triumphs – including the latest and greatest 2018 title. More than a glamour model who’s been a Penthouse centrefold, she’s also appeared on Channel Seven’s House Husbands. And would you believe that before becoming an award-winning events favourite, she was a guard at a maximum security prison?!

The Miss Nude Australia sizzler of 2013 was brunette bombshell Madison Ivy Love, who used the title as the launching pad to appear at the Miss Nude World pageant in Illinois, USA, the following year. And it didn’t stop there – Madison Ivy Love has appeared in Penthouse, Picture and People magazines, and won Exotic Angels’ International Performer of the Year award.

It looks like Madison may have moved onto greener pastures more recently?…

To find out about upcoming events visit the official website. If you’re in Melbourne don’t wait when you can make a booking with our own Miss Nude Australia competition winners! 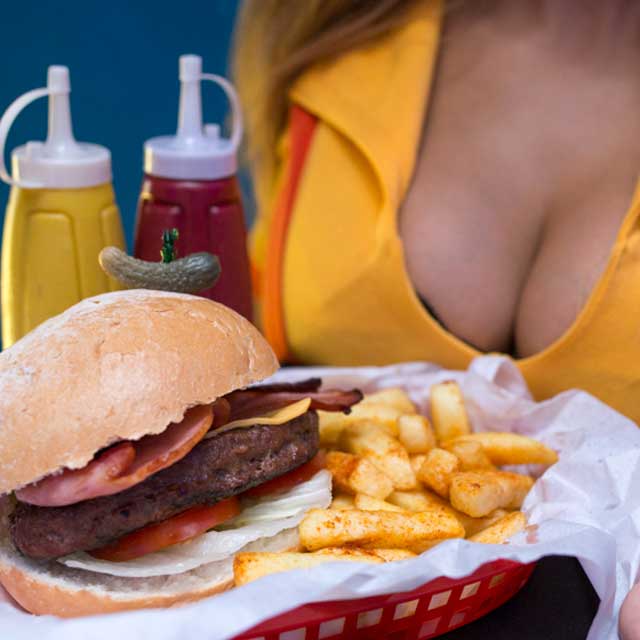 ..was a sight to behold! See the bulging boobs and bangin' bods on our Wild Waitresses, Isabelle Deltore and Felicity Banks baring all and more..
MORE...